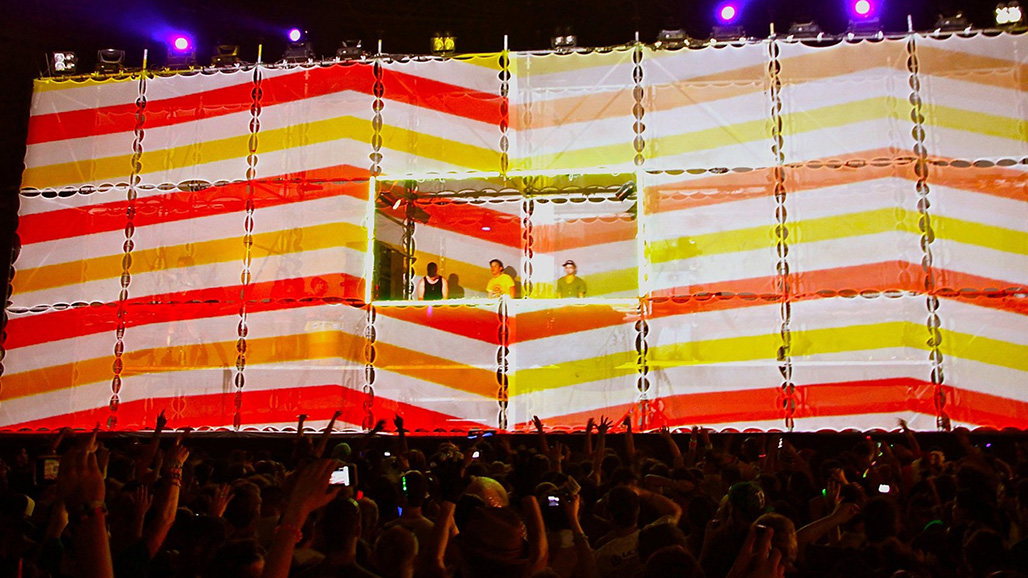 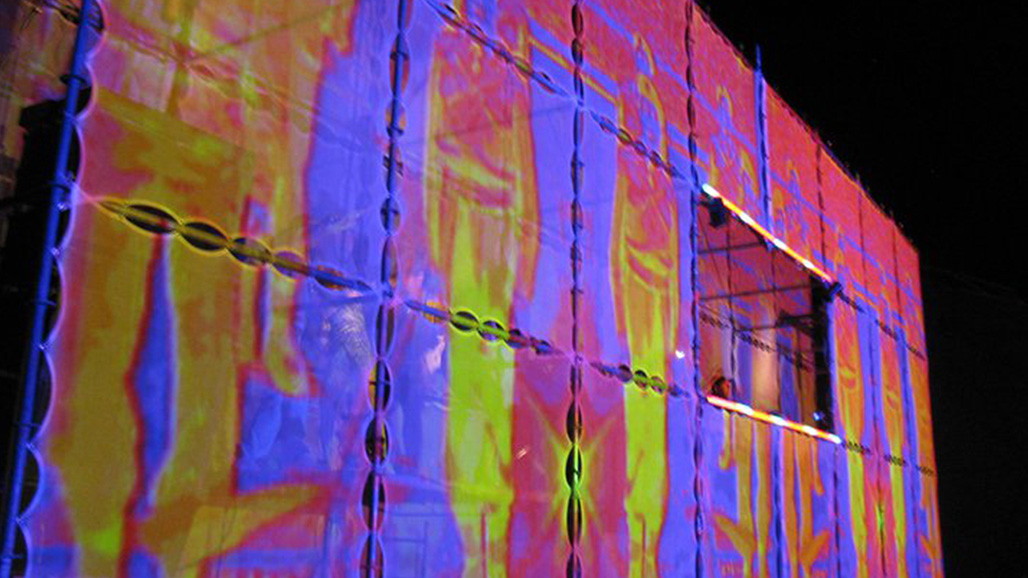 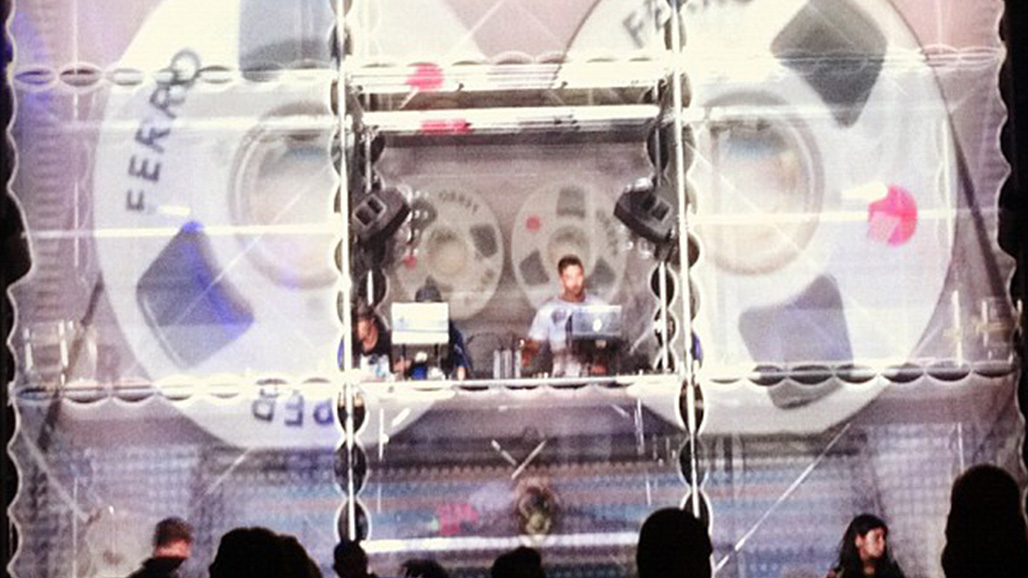 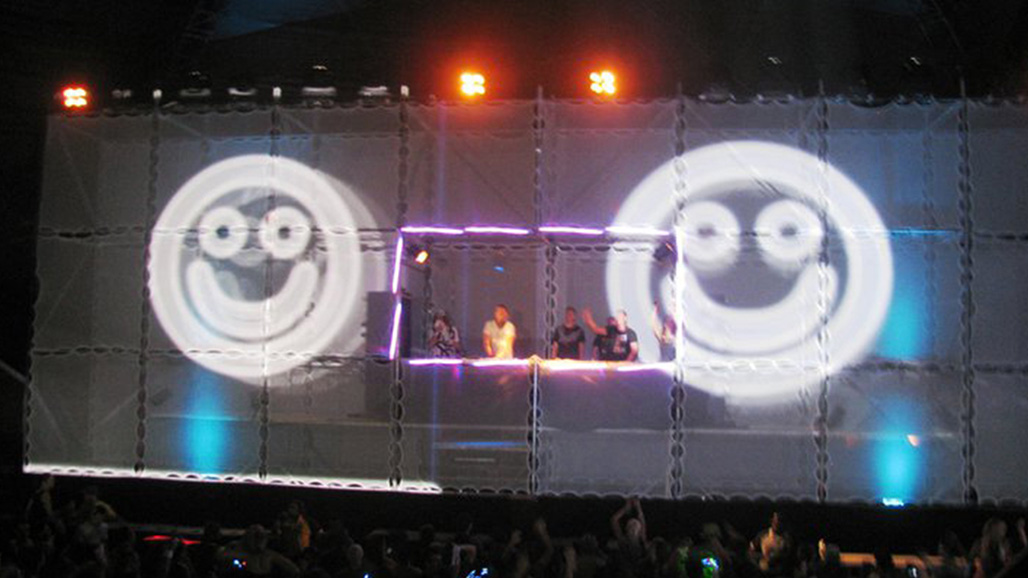 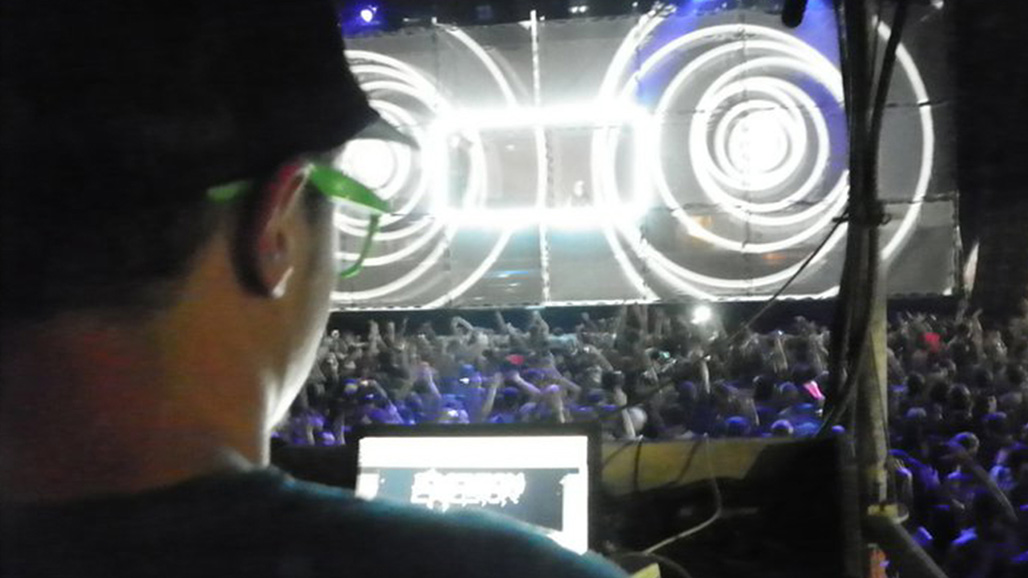 The Tower was our breakthrough multiple layer 3D projection mapped stage that was debuted at Root Society, Burning Man 2010 and was taken on the road to Ultra Music Festival in 2011 and WEMF in 2011 and 2012. Utilizing scaffolding, high powered projectors, and 3D content, it created a true three-dimensional effect without glasses. Six months after its initial project, it was hosted by Ultra Music Festival in 2011 as a Main Stage where it became “The Tower of Ultra.”